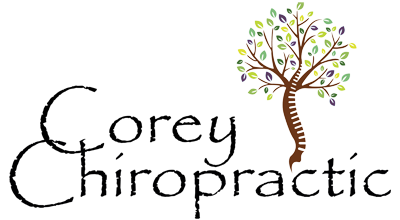 When I first started going to Corey Chiropractic, I was a mess. A lifetime of skateboarding and years at a desk job were starting to catch up with me but wrangling my two year old son was the straw that broke the camel’s back. My back was in almost constant pain and only getting worse. Suddenly, I could no longer do anything I enjoyed and performing my child-wrangling duties proved increasingly difficult. My wife recommended I go see Dr. Corey and she put me on a twice a week program right away. I saw immediate results, but it still took me a little while to get back to normal. Now, six months later, I’m living with a new normal which is better than before I even knew I had problems. I’m back to skateboarding, weightlifting and toddler lifting with no problems whatsoever. I’ve had a few injuries over the past few months which she’s helped me recover from as well. Now when I take a hard slam and know I’m going to be suffering for a little bit, Corey Chiropractic is my first call. Thank you, Dr. Corey, for getting me back on track!